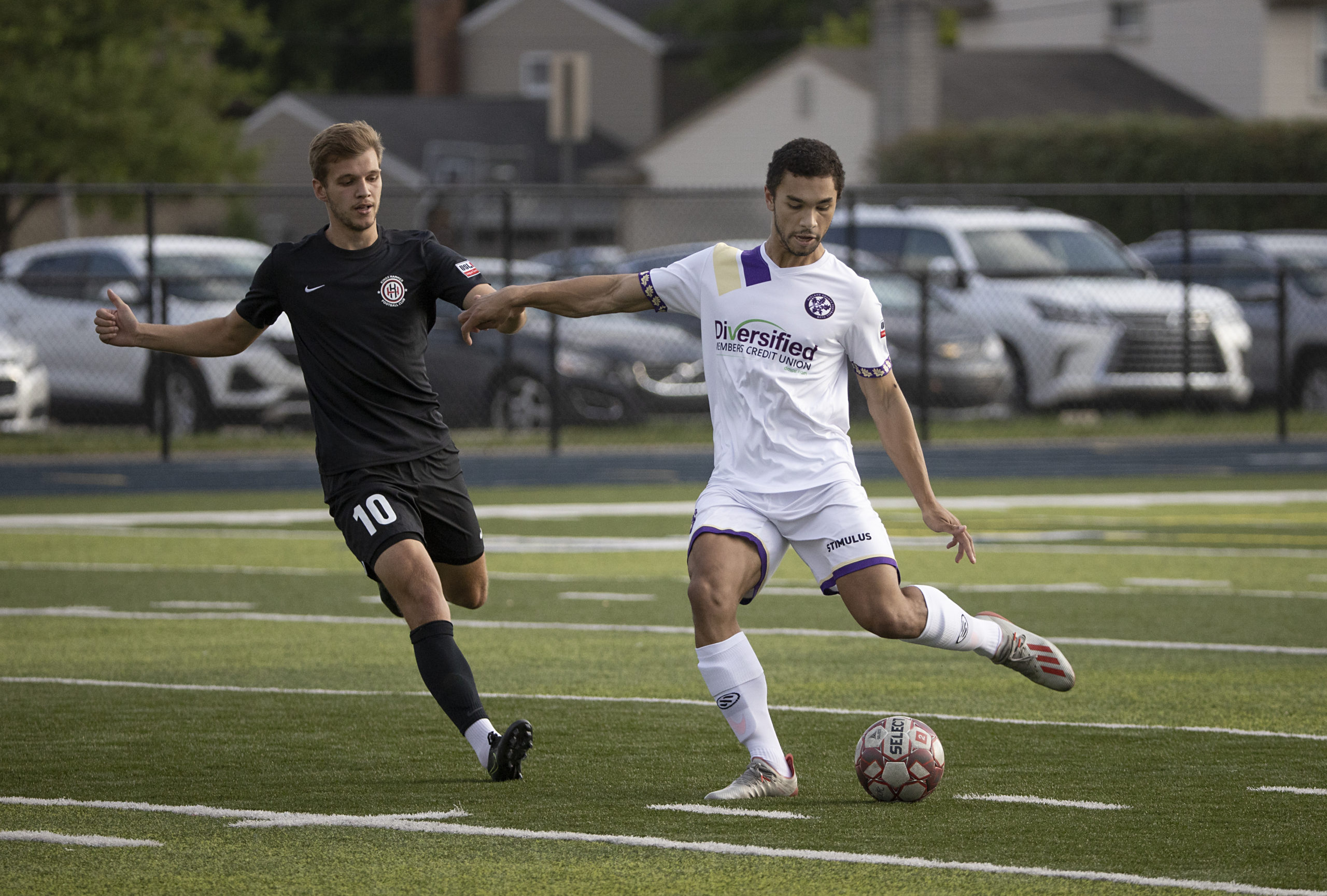 Oakland County Football Club was dealt their first loss of the season by Kings Hammer FC. The 1-0 loss marks the first for County since July 27th, 2019. Saturday night’s game was a very even matchup, with tempers flaring as County pushed fruitlessly for a late equalizing goal. OCFC now hit the road for two matches before returning to Clawson Stadium on June 2nd at 7 PM, to play Kalamazoo FC.

’28 Great save by Eric Cotton pic.twitter.com/oRce281rCG

In the second half, tensions rose as the visitors held their lead and slowed the game down. Four yellow cards were administered in the second half, two of which were earned in a 60’ scuffle in the County penalty area. Niko Papakyriakopoulos earned a second yellow card near the end of the game as well. Despite being short-handed for the final moments, the home team fought until the end for the equalizer, but fell short as a second half stoppage time scoring opportunity was brought to a halt by an offside call.

After the game, Coach Vinnie Vasilevski explained his thoughts on the game. The OCFC head coach felt his team came in a little tight, and not mentally ready for the physicality of the game. Despite this, coach Vinnie pointed out how well the defense played, and their ability to create several scoring opportunities improved from the last game. The boss was also impressed by Michael Melaragni, who showed great speed and created several scoring opportunities.

Photos from the match can be found here: 2021 Gallery

Oakland County Football Club now makes a quick return to the field for the first road game of 2021 on Tuesday night. County will take on Toledo Villa, a team standing on a 2-1 record and will be looking to break even more positive on the season. OCFC would like to thank all of its fans, sponsors, and partners for supporting and helping create a memorable gameday environment.