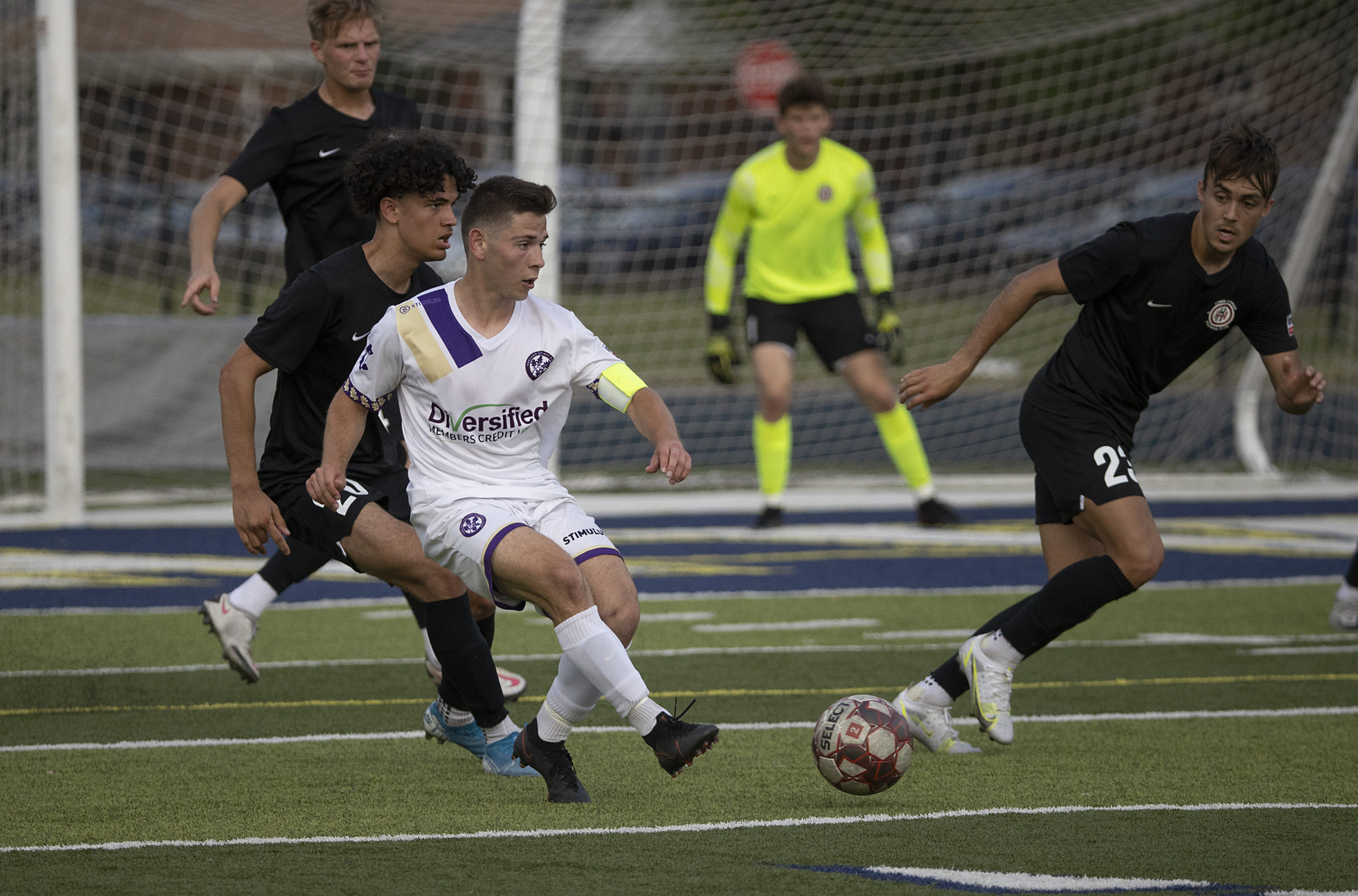 Oakland County FC emerged victorious in a dominant 13-1 final against Juniors FC in an Exhibition match last Saturday. With the emotions running high, County once again pleased the home crowd in an action-packed performance. The goal storm could help gain momentum as they approach their last home match of the season on Sunday, July 4, at 5 PM as Flint City Bucks come to town.

That’s a wrap from Clawson! The boys took care of business early and often as we get ready for a big stretch to close out the season.

Before the game, we mourned the tragic death of OCFC supporter and family member Timothy Pontzer, in a seven-second moment of silence. At Pontzer’s young age, he embraced all the local sports programs, often finding himself the catalyst of chants and excitement for the crowd. From embracing the community to his love for family, Tim Pontzer will be missed by so many. The remainder of the 2021 season will be dedicated to the Pontzer family.

It’s with great sadness and disbelief that we inform our OCFC family that one of our most loyal, passionate, kind, and selfless supporters, Timothy Pontzer, tragically passed away this Friday. [1/3] pic.twitter.com/sYtEPTPSKN

From the opening kick, Oakland County kept the pressure on all night long. Opened up that gates with a goal in the third minute by Paul Skoczylas, whose name would highlight the match. Capturing the early lead, County relentlessly pursued more offensive opportunities as they continued to apply pressure on Junior FC’s defense.

Juniors FC would cave-in, allowing another OCFC score in the thirteenth minute, this time courtesy of Ben Rosenblatt. To complement the efforts of the OCFC forwards, and their variety of goals, Oakland County maintained control of the ball defensively, forcing Juniors FC to take difficult shots. Between the struggles offensively Juniors FC began to crack defensively allowing Oakland County to score three goals in the next seven minutes from August Hunter and Paul Skoczylas. After capturing the five-nil lead, the boys in purple found one more opportunity from Bruno Piva, who would score, giving Oakland a six-goal lead at the half.

Opening the second half ,Juniors FC showed some fight of their own leading to a goal cutting into the deficit. Following the tough start, County was not deterred as Demetri Pliakos found his name on the score sheet no less than three minutes late to bring County’s lead back to six. Given the momentum swing, Oakland County continued to step on the gas when Rocco Galati, Mounir Boutarfa, and Bruno Piva put OCFC tacked on three more to build the lead and flex the muscles of Oakland County. Despite the 10-0 deficit, Paul Skocyzlas proved to be a man on a mission scoring the next two goals in under two minutes giving Oakland County their first hat trick of the season. To close the scoring of the match Oakland County’s Bobby Harris put the cherry on top to give a 13-1 victory.

Oakland County now sets their sights on the Flint City Bucks with hopes of seeing the stands filled with purple lead by the Elmwood Elite. Oakland County’s return to Clawson Field in a faceoff against the Flint City Bucks will conclude their home schedule. This match has been long-awaited from both teams who are currently tied for third in the division looking to take the upper hand.